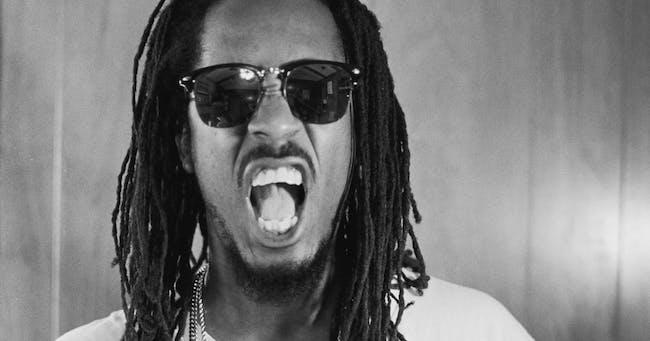 Kessler Presents: Black Joe Lewis - The 10th Anniversary of "Tell Em What Your Name Is" with Liz Basher at the historic Tower Theatre on December 14, 2019.

Austin-based Black Joe Lewis is a contemporary singer and guitarist with a bent toward vintage blues, soul, and R&B. Backed by his band the Honeybears, Lewis draws inspiration from such legendary "shouters" as Howlin' Wolf, Wilson Pickett, and James Brown, as well as smoother crooners including Sam Cooke. Black Joe Lewis released his debut album on Weary in 2007. Around the same time, his appearance at the South by Southwest Festival in Austin, Texas garnered increased fan and press support. In 2009, Black Joe Lewis & the Honeybears released Tell 'Em What Your Name Is!, produced by Jim Eno (Spoon), on Lost Highway. The band toured relentlessly over the next year before reconvening at Austin's Public Hi-Fi studio with Eno to record its even grittier follow-up, Scandalous. The set contained an appearance by the gospel group the Relatives on "You Been Lyin'." Scandalous was released on Lost Highway in March of 2011. In 2013, Lewis returned with his fourth studio album, the raw and raucous Electric Slave. The album was credited to simply Black Joe Lewis, as he'd grown tired of the Honeybears moniker. But Lewis soon discovered fans and promoters thought this meant he was now working as a solo act. After taking some downtime, Lewis brought back the Honeybears billing for 2017's Backlash (his first album for INgrooves Music Group), which also found him exploring harder grooves and a stronger rock & roll influence. ~ Matt Collar, Rovi

Liz Brasher makes her own kind of southern music — one that's caught halfway between the garage, the church, the bar, and the bedroom. She's a soul singer. A guitar-playing rocker. A one-woman girl group. A gospel revivalist who sings the praises of secular bands like the Box Tops.