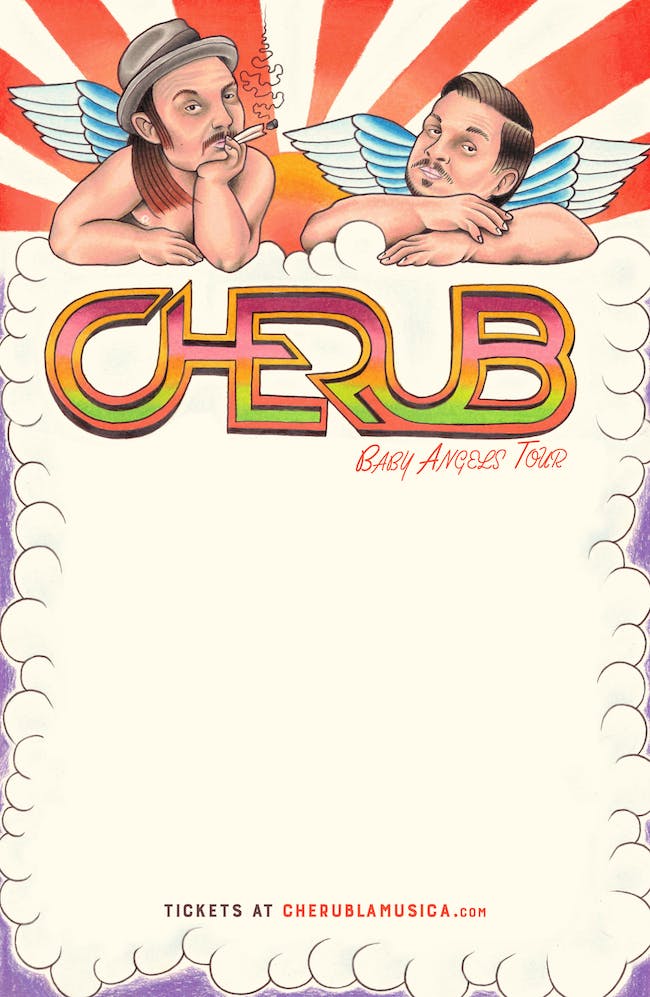 Inspired by '80s post-disco, synth pop, and funk, Cherub is an irreverent and fun-loving duo based in Nashville, Tennessee that consists of Jason Huber and Jordan Kelley. The two met while studying music production at Middle Tennessee State and built up a fan base by making their releases payment-optional, as well as through word of mouth and live performances, including appearances at Lollapalooza and the South by Southwest and Bonnaroo festivals. Among their earliest releases are the EP Man of the Hour (Elm & Oak, 2011), the album MoM & DaD (Elm & Oak, 2012), and the EP 100 Bottles (self-released, 2013). After they signed to major-label Columbia, they released Year of the Caprese (2014), which featured "Doses & Mimosas," a nonchalant yet pugnacious single that reached number 21 on Billboard's Hot Rock Songs chart. Bleed Gold, Piss Excellence (2016) was also issued through Columbia.