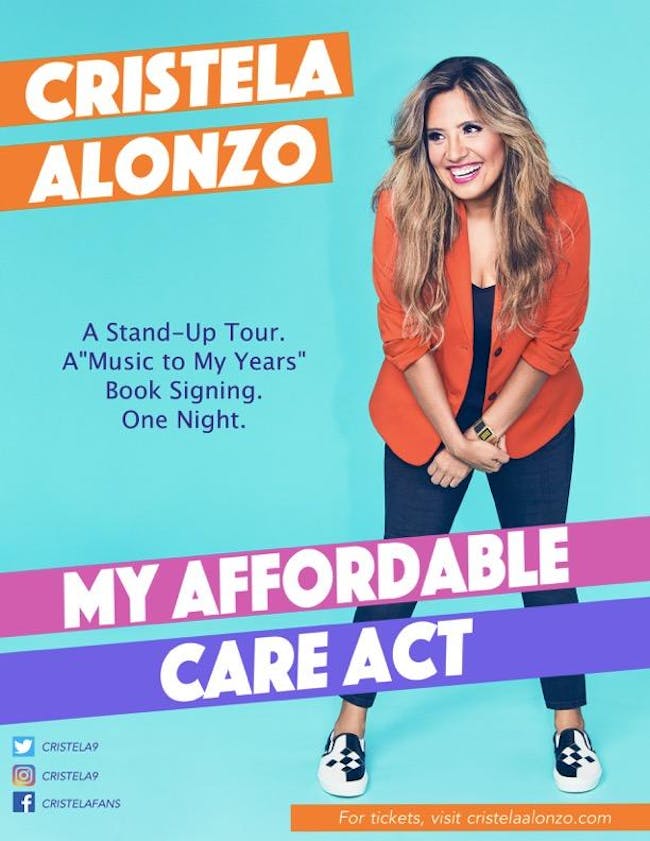 VIP Book Package - includes a copy of Music to My Years: A Mixtape-Memoir of Growing Up and Standing Up with the purchase of a ticket.

Cristela also served as one of ABC’s “The View’s” most popular guest hosts and has a one-hour stand-up special (“Lower Classy”) currently streaming on Netflix. Aside from comedy, Cristela focuses on advocacy work, fighting for issues that range from immigration, universal healthcare and lower income communities with numerous organizations including Special Olympics Texas, People for the United Way, Planned Parenthood, LUPE (La Union del Pueblo Entero) and serves as advisory board member for Define American.

Cristela is based in LA and will have her first book to be released in 2019 by Atria Books under Simon & Schuster.