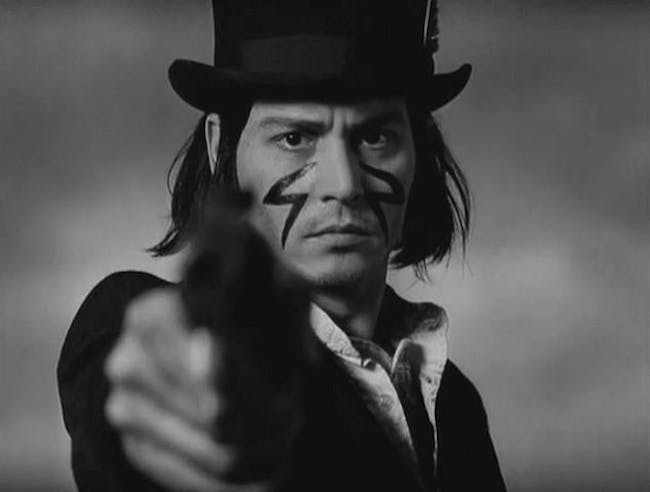 With a fully stocked bar, hot fresh popcorn and your favorite box candies, the historic Tower Theatre has everything you could want from a movie theatre and more! Arrive early, pick out your seat, grab a drink, and wait for the lights to dim.

Dead Man is a 1995 American Western film written and directed by Jim Jarmusch. It stars Johnny Depp, Gary Farmer, Billy Bob Thornton, Iggy Pop, Crispin Glover, John Hurt, Michael Wincott, Lance Henriksen, Gabriel Byrne, Mili Avital and Robert Mitchum. The film, dubbed a "Psychedelic Western" by its director, includes twisted and surreal elements of the Western genre. The film is shot entirely in monochrome. Neil Young composed the guitar-dominated soundtrack with portions he improvised while watching the movie footage. It has been considered by many to be a premier postmodern Western. It has been compared to Cormac McCarthy's novel Blood Meridian.