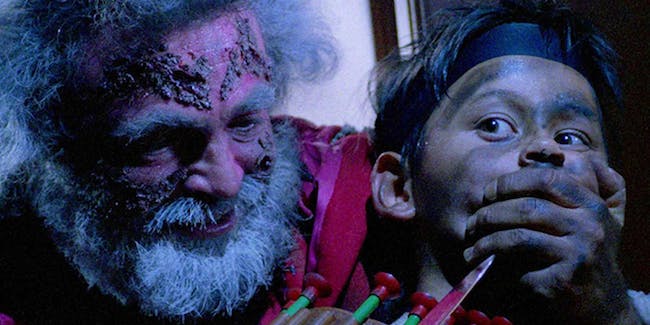 “…an A+ Christmas action-horror cult movie… I cannot stress enough how much I want people to see this.” -Outlaw Vern

A criminally underseen film that wowed audiences at Fantastic Fest in 2018, Dial Code: Santa Claus is now available in America, thanks in major part to the AGFA! Though similar on paper to Home Alone, this French action flick is anything but safe, depicting the actual suffering of walking into traps and maintaining a surprisingly serious tone despite its subject matter- this movie must be seen to be believed! Mondo Mondays is extremely proud to show Dial Code: Santa Claus this holiday season.