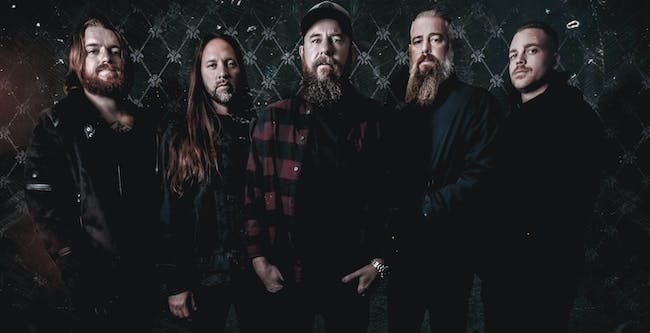 Presented By Citizens Bank of Edmond

iCal
Google
In Flames perform live at the historic Tower Theatre in Oklahoma City on December 18, 2019.

Information regarding the meet and greet will be sent to purchasers a few days before the show.

Merchandise will be distributed at the venue.

Customers can contact INFO@FUTURE-BEAT.COM with any questions concerning their package.

during the more than 20 years they’ve been performing. The

a unique expression, manifested in 12 albums like A Sense of

Purpose, Sounds of a Playground Fading, Siren Charms and their

have toured worldwide with acts such as Metallica, Judas Priest and

Avenged Sevenfold while inspiring many of our favorite rock and

metal artists today. In Flames is a band that fans around the world

can rely on, inspiring their fans, the Jesterheads, to live by the

phrase, ”In Flames We Trust”

Since bursting on the scene with breakout single ‘Breathe Into Me’ and album ‘End Of Silence’ (2006), both certified gold, GRAMMY ® nominated band RED have a career built on more than music. Blending Nu-metal and Alternative hard rock with elements of classical and orchestral, the RED sound begs for a visual representation of matching scope, something the band has never failed to deliver. From cross-album narrative weaving music videos to pyrotechnic infused graphic-novel-come-to-life arena tours, the band delivers spectacle for multiple senses. The result is an intense, emotional connection with a global audience, now spanning 20+ #1 radio singles and 3M albums sold/streamed worldwide. Now fully independent, the band is partnered directly with fans to bring a series of new music and more, beginning with "The Evening Hate” single and 13+ minute short film music video directed entirely by the band, dropping June 2019.