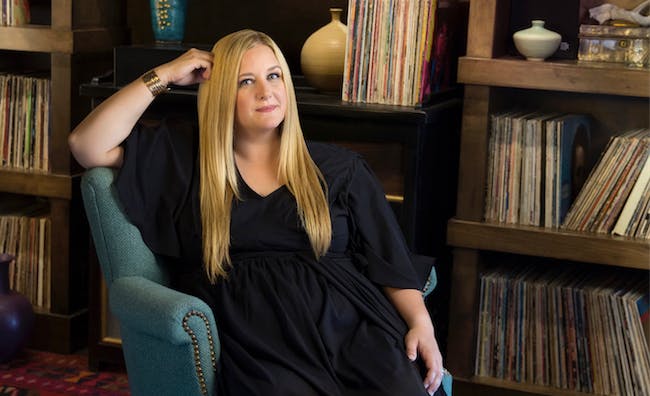 Includes reserved seat and meet and greet with K.C. Clifford

K.C. Clifford is a three-time Woody Guthrie Award-winning folk singer/songwriter from Oklahoma City. Music has always been a guiding force in Clifford’s life, and her talent and love of performing on stage revealed itself at an early age. She was two when she first sang in public and composed her first song at age seven. Early influences included artists such as Paul Simon, Carole King, The Beach Boys and the popular bluegrass band Mountain Smoke, founded by her father in the late 1960s.

The two-time Kerrville New Folk Finalist studied opera at the prestigious Indiana University School of Music, but found her true voice in folk music while earning a degree in vocal performance at Belmont University in Nashville. Shortly after graduating, Clifford released her first full-length album, Times Like These, to critical acclaim in 2000. Her career continued to blossom with the release of her sophomore album, Teeth-marks on my Tongue, in 2004 and Pockets Full of Hope, recorded live at Oklahoma City’s historic venue The Blue Door in 2008.

In March 2009 she wrote an anti-hunger anthem for the Regional Food Bank of Oklahoma called “Raise Your Voice.” Food banks across the country were soon requesting live performances at food drives, and a year later the song was chosen as the theme for CROP Hunger Walk, a worldwide public awareness campaign led by Church World Service to help end hunger.

By her own admission, K.C. turned a corner in her craft with the writing, recording and release of her 2010 album, “Orchid”. A confessional album written over the course of one year, the 10-song set is led by the first single, “Broken Things,” and includes fan favorite “Songbird.” Also of note from Orchid is the moving epic “Story of Our Own,” written for the internationally acclaimed documentary “Finding Hillywood” about the rise of filmmaking in post-genocide Rwanda.

K.C.’s latest release, “The Tag Hollow Sessions,” was written in seclusion, at a remote Northeast Oklahoma cabin by Lake Spavinaw in an area known as Tag Hollow. The cabin – named Gleneyrie after her paternal grandmother, Glennes – was built by her great-grandparents in 1933. Clifford retreated to Gleneyrie following months of intense nationwide touring in support of her 2010 album, Orchid. The solitude reenergized her creative spirit. The cabin and its history became her muse.

K.C. credits her prolific 16-year career to the support of her “Generous Friends,” a large network of highly devoted fans she thinks of as extended family. These days she splits her time between her two lifelong dreams: music and motherhood. She and her husband, musician David Broyles, live in Oklahoma City with their two children.

Overcoming personal demons has fueled a prolific 10-year career marked by a long list of awards and achievements, and a devoted fan base she treats more like extended family. K.C.’s family of fans financed Orchid by donating to her internet-based “Be My Record Label” campaign.

“It is hard not to imagine every female singer currently promoted by Nashville begging to record them, but these are the kind of songs that are best brought forward by the person who wrote them.… this songwriter’s lyrical approach is direct and personal, and her melodies are instantly memorable, never falling into pattern or formula. It certainly doesn't hurt that she has an extraordinary voice, but the songs themselves steal the show.” – George Lang, The Oklahoman.