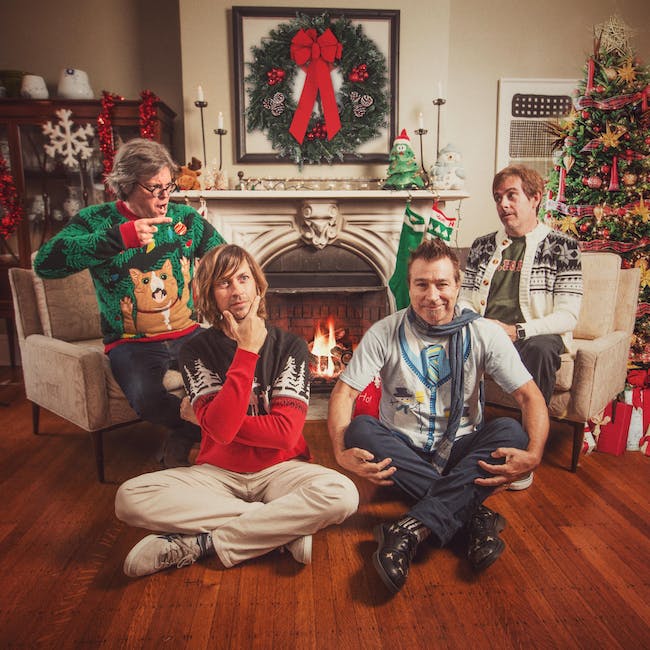 Although they became one of the most enduring bands in the alternative country-rock catalog, Old 97's drew inspiration from a broad range of genres, including the twangy stomp of cowpunk and the melodies of power pop. Formed in 1993 by frontman Rhett Miller and bassist Murry Hammond, the group spent the bulk of the decade posed on the brink of mainstream success, issuing albums that often drew warm reviews but never yielded a substantial hit. Old 97's tightened their sound as the decade drew to a close, retaining their bar-band vigor while introducing a stronger pop/rock sound on albums like Too Far to Care and Satellite Rides. Miller also mounted a solo career in the early 2000s, but the band remained together nonetheless, continuing to release material with their original lineup intact into the following decade.

Rhett Miller and Murry Hammond first partnered up in 1989, when Miller enlisted the latter's help in producing his debut solo album, Mythologies. Although six years younger than Hammond, Miller proved to be a dedicated musician as he canvassed the Dallas club circuit, playing a blend of folk and British-styled pop to local audiences. He also displayed a knack for storytelling, having previously earned a creative writing scholarship to Sarah Lawrence College. One year after Mythologies' release, Miller and Hammond teamed up once again, this time as part of the short-lived Sleepy Heroes.

Although the Sleepy Heroes disbanded after issuing one album, the band's mix of pop and Texas-styled twang helped lay the foundation for Old 97's. Continuing to build upon that sound, Miller and Hammond linked up with lead guitarist Ken Bethea and recorded a demo tape at the Cedar Creek studio in Austin. Drummer Philip Peeples climbed on board shortly thereafter, and Hammond's childhood obsession with trains inspired the band's new name, which paid homage to the country ballad "Wreck of the Old 97." With their lineup intact, Old 97's released the debut album Hitchhike to Rhome in 1994. It garnered positive reviews and began to build the group's alt-country fan base, which they consolidated on the album's follow-up, Wreck Your Life. Issued in 1995 by the newly formed Bloodshot Records -- a label that would also launch the alt-country careers of Neko Case and Ryan Adams -- Wreck Your Life presented Old 97's as a sharp, eclectic country-rock outfit with a pinup-worthy frontman. Such positive attention led to a major-label deal with Elektra Records, who hoped to translate the band's underground buzz into mainstream success.

Old 97's made their Elektra debut in 1997 with Too Far to Care, a muscular album that balanced the band's Texas traditionalism and pop leanings. Many publications placed the band among the leaders of the alt-country movement, and Old 97's toured extensively in support, joining the Lollapalooza tour that summer and playing alongside Whiskeytown for a series of shows sponsored by No Depression magazine. Arriving two years later, 1999's Fight Songs offered another polished, pop-friendly set of songs, allowing the band to sell out 1,500-seat venues during its return to the road.

By this time, Miller had moved to Los Angeles and shed the thick, '50s-style glasses that had become a major part of his image. He and Hammond also began performing in an informal side project dubbed the Ranchero Brothers, although a proposed album never materialized. Instead, the musicians returned their focus to Old 97's, releasing another pop-influenced record with 2001's Satellite Rides. Miller took a temporary leave after its release to work on a solo power pop record, The Instigator, which was released in late 2002. A period of relative inactivity followed, as the bandmembers found themselves in different cities, with several of them starting families.

The hiatus ended in 2004 with the release of Drag It Up, whose subsequent tour featured prominently on the double-disc live album Alive & Wired. Afterward, Miller returned to his solo career with 2006's The Believer, which found the frontman experimenting with strings and orchestral arrangements. Old 97's returned to the studio once again in 2008, though, this time holing up in their native Dallas to help channel the energy of their earlier records. The move worked, and the resulting album, Blame It on Gravity, delivered some of the band's strongest songs in years. While touring the country in support, Murry Hammond launched his own solo career, packaging a wealth of old-timey gospel ballads and locomotive imagery onto the album I Don't Know Where I'm Going But I'm on My Way. Miller also found time to release a solo album, 2009's self-titled Rhett Miller, which appeared one year before the ninth Old 97's record, The Grand Theatre, Vol. 1. Originally intended as a double album, The Grand Theatre was followed in mid-2011 by a companion record, The Grand Theatre, Vol. 2.

In 2012, Old 97's released an archival project via Omnivore Records, an expanded and remastered reissue of Too Far to Care that included a bonus disc of demos recorded before the project went into the studio. (The demos also received a stand-alone release on vinyl as They Made a Monster: The Too Far to Care Demos.) That same year, Omnivore released a limited-edition EP for Record Store Day that featured two songs the group recorded in 1996 in collaboration with Waylon Jennings; the EP was reissued in 2013 simply as Old 97's & Waylon Jennings. In 2014, the band released its first album for ATO Records, a fiery effort titled Most Messed Up, and continued their series of back catalog projects with Omnivore by issuing a remixed, remastered, and expanded edition of their debut LP, Hitchhike to Rhome. In the last weeks of 2016, Old 97's announced the upcoming release of a new album, Graveyard Whistling, which was issued by ATO in February 2017. The album included guest vocals by Brandi Carlisle on the song "Good with God," and songwriting contributions from Nicole Atkins and Butch Walker. November 2018 saw the release of a Rhett Miller solo set, The Messenger, as well as the first-ever Christmas album from Old 97's, Love the Holidays; both were issued by ATO Records. ~ Andrew Leahey, Rovi