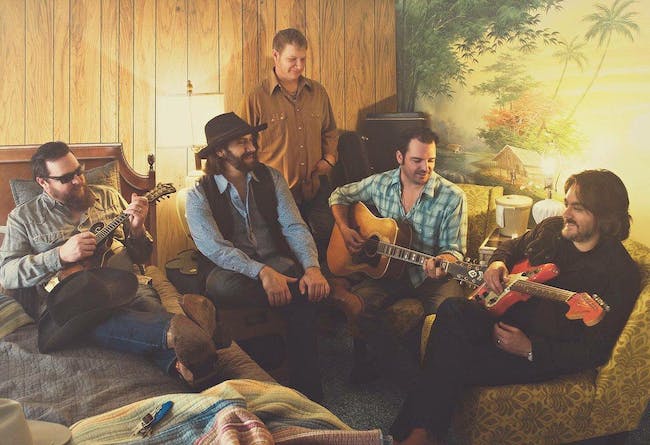 Oklahoma City, OK – The Brendon McLarty Memorial Foundation is hosting a benefit concert, featuring Reckless Kelly, on March 6, 2020 to raise funds for asthma and to purchase inhalers for schools across the state in accordance with Senate Bill 381. Sixteen-year-old Brendon tragically died in 2012 following an asthma attack the last day of his sophomore year. Brendon was diagnosed with asthma from an early age, but it had never limited his activity until that day.

Asthma is a lung disease currently affecting 7 million children and 16 million adults in America. There is no cure for asthma, but it can be managed with proper prevention and treatment.

The vision of the Brendon McLarty Memorial Foundation is to educate and emphasize the importance of asthma awareness. There is no cure for asthma, but it can be managed with proper prevention and treatment. Patients, family members, and caregivers can be taught to recognize the early signs and symptoms of an asthma attack. They can also be taught what to do during an asthma attack, and how to recognize and avoid environmental triggers. Many fatal asthma attacks can be prevented by early recognition and treatment.

Led by brothers Willy (vocals, guitar) and Cody Braun (vocals, fiddle, mandolin, harmonica), alternative country-rock outfit Reckless Kelly formed in Bend, Oregon before relocating to Austin, Texas in January 1997. The Brauns had previously toured with their father in Muzzie Braun & the Boys, a Western swing band, and were joined in their own group by lead guitarist Casey Pollock, bassist Chris Schelske, and drummer Jay Nazz. Reckless Kelly's debut album, Millican, appeared in 1998; Acoustic: Live at Stubb's and Day both followed two years later, after which David Abeyta replaced Pollock on lead guitar. 2003's Under the Table and Above the Sun was the beginning of the band's relationship with the high-profile Sugar Hill label and won the hearts of the music press and honky tonkin' legend Joe Ely, who sang the band's praises in interviews. Wicked Twisted Road was released in 2005, and the next year the live album Reckless Kelly Was Here came out, featuring songs from all of their previous studio records, as well as three covers; it truly captured the band's stage presence. Bulletproof appeared from Yep Roc in 2008, and Somewhere in Time, also on Yep Roc, followed in 2010 and then Reckless Kelly parted ways with the label. The next year the group released Good Luck & True Love on their Red Eye-distributed imprint No Big Deal, a label that also housed their 2013 album Long Night Moon. In 2016, the group celebrated their 20th anniversary with the back-to-basics set Sunset Motel, and in 2019 they issued the concert album Bulletproof Live.