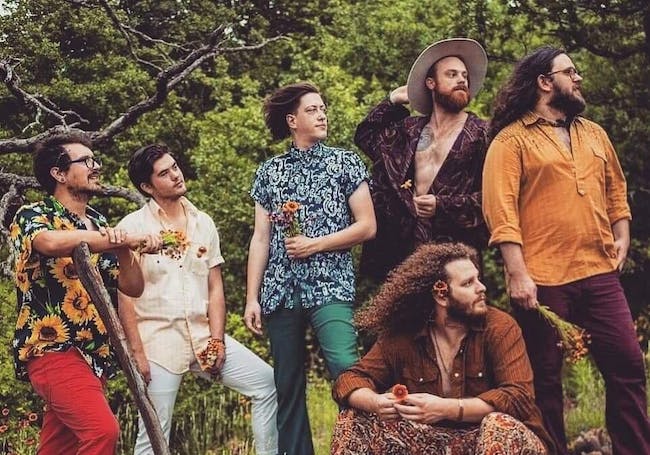 Rousey is an Oklahoma City based rock band with interesting instrumentation and a drive to make people dance.

Sativa Prophets are an American music and art group from Oklahoma City. Banding and expanding together in late 2014, the Prophets have grown into a full octane live hip hop (if thats what you want to call it) performance version of Vultron. Members include Igloo Panda, HuckWheat, Mars Deli, Rodrick Malone, and Caleb Alvin James. Coming off of a few solo projects, the Prophets have announced they are finishing 2 group projects followed by a plethora of new solo tapes. They have journeyed through the plains of the midwest, across the Rocky Mountains of Colorado, and the deserts of the Southwest regions of the Country. Home state festivals and events invite the Prophets regularly to “bless” the stages. With the addition of Caleb Alvin James, they have begun to introduce more live instrumentation to their sets with groovy punchy as well as sexy guitar. One moment you’re captivated by the poetic falsetto of Huckwheat’s “High Tide (Typhoons)” and the next you’re elated with Mars Deli’s “I Cant’t Relate”. Mostly known for their ecstatic themed parties such as the “House Party Pajama Jammy Jam” and their contagiously enthusiastic performances, the Prophets are also involved in the arts community of Oklahoma City. No matter the medium, Sativa Prophets sure do know how to capture your hearts.