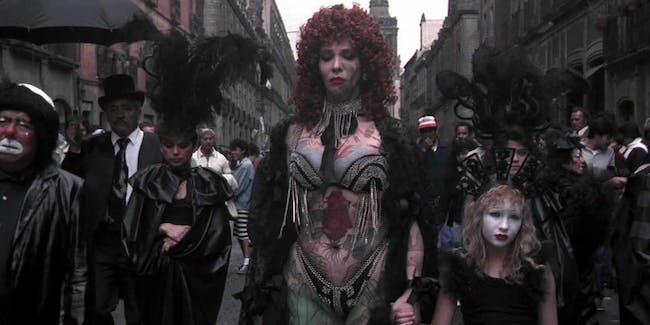 Mondo Monday is giving you a December Trick or Treat moment with Santa Sangre. There is no Santa Claus- the name translates to 'Holy Blood.' Created by one of the all-time surrealist genius filmmakers, Alejandro Jodorowsky (The Holy Mountain, El Topo, etc), Santa Sangre is his version of a horror film. If you've seen any of Jodorowsky's films, you already know that they're impossible to describe, and if you haven't, buckle up and get ready for a wild ride of strange and bizarre visuals.