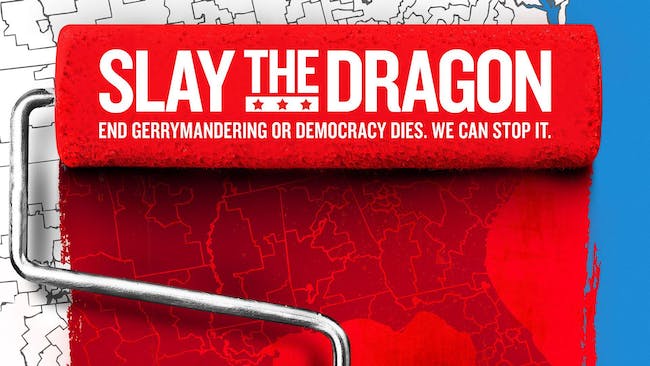 $7.00 Postponed On Filmbot
Under 18 With Guardian

iCal
Google
Variety magazine claims Slay the Dragon to be the "Most important political film of the year"! Opens at Tower Theatre Cinema March 20

Slay the Dragon is a documentary film about gerrymandering in the United States from Participant, directed by Barak Goodman and Chris Durrance. The film, which premiered at the Tribeca Film Festival on April 27, 2019, follows citizens' groups as they work to end the practice of gerrymandering, which they see as undermining democracy. It features Katie Fahey, the activist who founded Voters Not Politicians and led a successful grassroots campaign to ban partisan gerrymandering in Michigan.