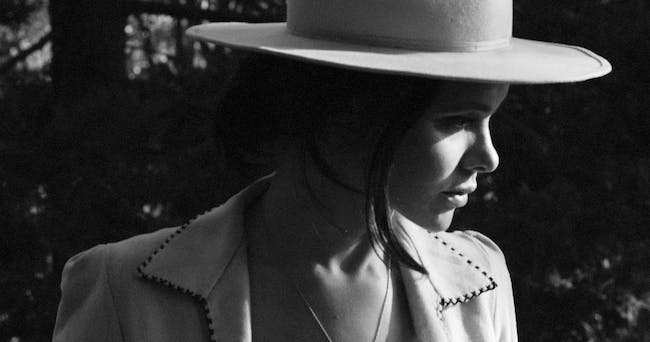 Singer, songwriter, and instrumentalist Suzanne Santo first found fame as a member of the well-regarded Americana group HONEYHONEY before branching off into a solo career. Suzanne Santo was born Suzanne Alisa Santosuosso in Cleveland, Ohio on January 20, 1985. Santo had pursued careers as a model and actress (her credits include appearances on Law & Order, Without a Trace, and Medium) before she met Ben Jaffe at a costume party in Venice, California in 2006. The two hit it off personally and musically, and they began playing together, with Jaffe on piano, guitar, and vocals and Santo on vocals, banjo, and violin. Originally known as Zanzibar Lewis, the band has been playing out for about a year when they were signed to Ironworks, a label founded by musician Jude Cole and actor Kiefer Sutherland. Changing their name to HONEYHONEY, the duo's debut album, First Rodeo, appeared in 2008, but it would be three years before the band released their follow-up. 2011's Billy Jack appeared on the respected roots rock label Lost Highway; however, it proved to be the label's last release, as parent label Universal shuttered the imprint not long after Billy Jack appeared in stores. Jaffe and Santo changed management, undertook several low-budget tours, and self-financed their third effort, 3, which was released by Rounder Records in 2015. While HONEYHONEY remained busy, penning music for the television comedy series The Guest House, in 2017 Santo stepped out with a solo project. Produced by Butch Walker, who employed Santo as a guest musician on his 2016 album Stay Gold, Ruby Red allowed her to show off a darker and more personal side of her musical personality.