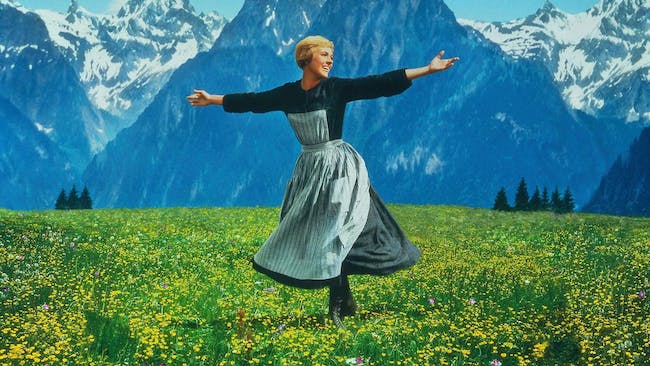 The Sound of Music

iCal
Google
The Sound of Music at Tower Theatre Cinema on July 15.

The hills are alive! In the spring of 1965, Rogers & Hammerstein’s The Sound of Music arrived at Tower for what was supposed to be a run of 10 weeks. Instead, the film went on to become a local favorite - and played for a record-breaking 82 consecutive weeks!

As our 82nd birthday approaches, we're reminded of our roots, the distance we've covered, and the work we've still yet to complete. With this in mind, we're inviting you to join us for a very special evening celebrating another fantastic year on 23rd Street.

On July 15 and 16, we're thrilled to host FREE community screenings of the timeless musical. Experience The Sound of Music as it was meant to be seen: on our larger-than-life 4K screen, surrounded by history and great friends. Reserve your FREE tickets!

Doors open an hour before show time, so arrive early, pick out your seat, grab a drink, and wait for the lights to dim.

With a fully stocked bar, hot fresh popcorn, and your favorite theater box candies, there is everything you could want from a movie theatre and more!

Classic film version of the Rodgers and Hammerstein musical in which a novice nun leaves her convent to accept a position as governess to a large family. Despite their initial misgivings, she wins over the seven children and their disciplinarian father by sharing her love of music, but their happiness is threatened by the Nazi invasion of Austria. The film won five Oscars.