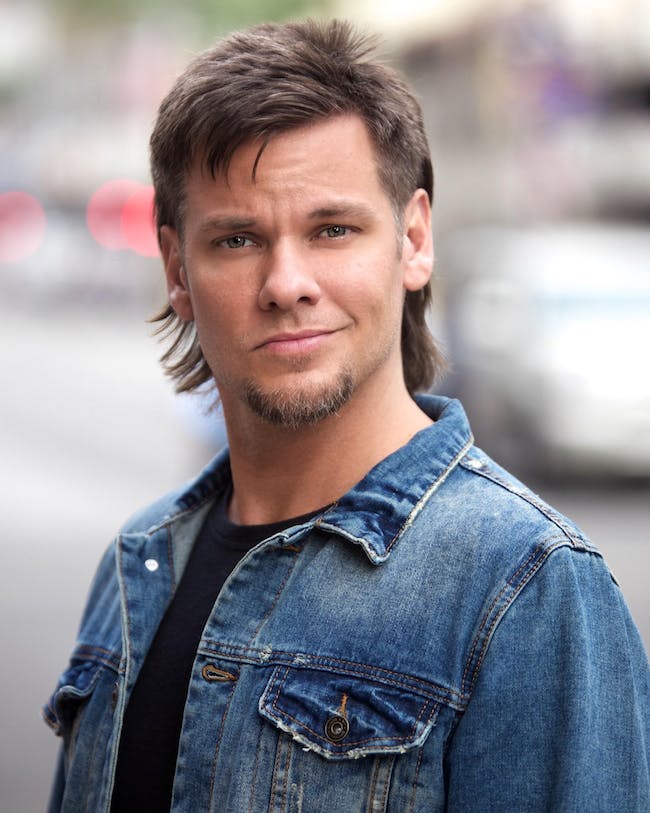 THEO VON can be seen in his very own Netflix Original comedy special titled, NO OFFENSE. Theo's podcast, THIS PAST WEEKEND, is one of the top comedy podcasts, garnering 3.5m listens a month.

Theo has appeared numerous times on Joe Rogan's podcast, THE JOE ROGAN EXPERIENCE, regularly on Joey Diaz’s THE CHURCH OF WHAT’S HAPPENING NOW, and was voted guest of the year on THE FIGHTER AND THE KID by TFATK listeners in both 2017 and 2018. Previously, Theo was the host of TBS's hidden camera show DEAL WITH IT from EP Howie Mandel, which ran for three seasons. He also hosted Yahoo's popular daily recap show PRIMETIME IN NO TIME - one of the most-watched shows on the web with nearly one million views per day. Theo also made appearances on INSIDE AMY SCHUMER, WHY? WITH HANNIBAL BURESS, ARSENIO, LAST COMIC STANDING, was the winner of Comedy Central's REALITY BITES BACK, and LIVE AT GOTHAM.

Recently, Theo can be seen in season 4 of Comedy Central's THIS IS NOT HAPPENING, episode premiered in March 2018. He also starred in Trevor Moore's Comedy Central special, THE STORY OF OUR TIMES and in his own digital series “Man Up” for Comedy Central, which is now being formatted for television.