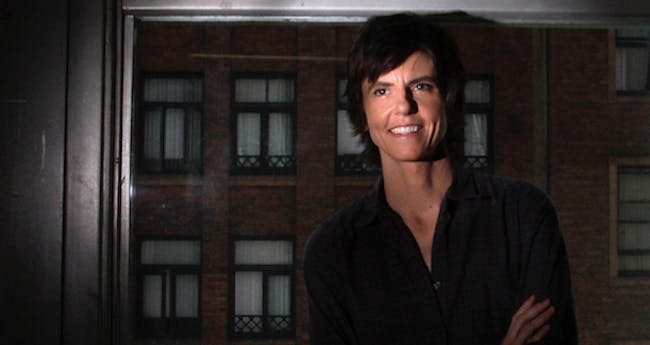 Presnted by Citizens Bank of Edmond

Recognized for a dry, deliberately paced style that combines absurdity, physical comedy, and candidly personal subject matter, Tig Notaro spent over a decade in and out of the comedy clubs before recording her first comedy album in 2011. That year, she also began a four-year stay as host of the popular Professor Blastoff podcast. Notaro raised her profile further in 2012 with a memorable appearance on the public radio show This American Life before releasing her unplanned second album, Live. The recording of a profound improvised show that had followed a cancer diagnosis by mere days, it led to still more acclaim, including her first Grammy nomination. She later starred in the semi-autobiographical web series One Mississippi (2015-2017).

Tig Notaro was born in Jackson, Mississippi but launched her entertainment career in Denver, Colorado, where she became a band manager and ran the promotion company Tignation. After moving her business to Los Angeles, she became involved in city's indie comedy scene. In 2006, she joined the Crackpot Comedy Tour, which crossed America and stopped at any living room, rooftop, barn, or other available venue that fans had booked. She released a DVD called Have Tig at Your Party, which featured her staring forward and speaking infrequently, making it the perfect video replica of Tig at a party. From 2007 to 2010, she had a recurring role as Officer Tig on The Sarah Silverman Program, and in August 2011, Secretly Canadian released her debut comedy album, Good One. It reached number four on the Billboard Comedy Albums chart. By that time, she had started the weekly podcast Professor Blastoff with co-hosts Kyle Dunnigan and David Huntsberger. Discussing a variety of topics, from science and philosophy to entertainment, the show was touring the U.S. by the end of 2011.

In May 2012, Notaro made a popular appearance on the public radio show This American Life, which involved multiple random sightings of '80s-'90s pop singer Taylor Dayne ("Groundhog Dayne"). She repeated the story on Conan two months later. October 2012 saw the digital release of Live, an uncommonly personal standup set where Notaro revealed to the audience that she had been diagnosed with breast cancer. Fellow comedian Louis CK initially made the show available for download through his site, and after it topped the comedy albums chart, Secretly Canadian issued a CD version.

After recovering from a double mastectomy, the comedian made waves with a topless set at the 2014 New York Comedy Festival, and she continued to appear as a guest on TV shows such as Comedy Bang! Bang!, Maron, and Inside Amy Schumer, which had also hired her as a writer. Professor Blastoff ceased production in July 2015, and in August, HBO premiered Notaro's standup special Boyish Girl Interrupted. Two months later, she married actress Stephanie Allynne, and that November, Amazon released the first season of her web series One Mississippi. Co-created by Notaro and Oscar-winning screenwriter Diablo Cody, the show starred Notaro as a version of herself.

She and Allynne welcomed twins shortly before Secretly Canadian released an audio version of Boyish Girl Interrupted on physical formats in mid-2016. After peaking at number six on the Billboard Comedy Albums chart, the special was nominated for both an Emmy for Outstanding Writing for a Variety Special and a Grammy for Best Comedy Album. One Mississippi ended its run in 2017 following two seasons, and Notaro returned with the hourlong Netflix special Happy to Be Here in May 2018. It was released on vinyl by Comedy Dynamics that September. ~ Marcy Donelson & David Jeffries, Rovi